Laundry.  Something that never goes away.  Just when we think we are all caught up, in the blink of an eye it’s “five feet high and rising”.  Whether it’s something we do once a week or once a day, we usually do not look forward to it.

During Christian’s last year his care took more time and so did the laundry.  It was something I had the hardest time keeping up with.  I had a system worked out but as caregiving demands grew, time to do laundry became scarce.  When I folded the boys’ clothes, I always had 6 pairs of pants, 6 shirts, etc.  The number of any item of the boys that I folded was always an even set number.  When Christian passed away last October, one of the hardest things for me to do, along with setting the table and setting out pills, was laundry.  The reasons, of course, were completely different.  For one thing, it was easier and took less time because there was less clothes.  What was once even and in sets of 6 became odd and in sets of 3.  This made me feel guilty.  For another, I missed folding his clothes:  His Jeff Gordon t-shirt which he wore every race day, his Call of Duty shirt which I always liked the feel of and I thought looked great on him and all of his Star Wars shirts.  Christian’s Star Wars shirts defined what he was most passionate about, which defined him.

Today when I folded the darks, I had 3 shirts and 3 pairs of pants.  I began to feel sad but felt a little better when I looked up at Christian’s Samus (from Super Metroid) poster that I hung up above the folding table.  I realized that I was thankful that I still had Drew’s and Dave’s clothes to launder and as long as I am washing them and folding them, it means they are still in my life.  Maybe laundry wouldn’t be such a chore if we viewed it as an act of love. 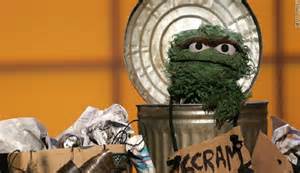 Do you ever have one of those days when everything is wrong?  You spill your coffee on your favorite shirt, burn your toast and just about back into a car on the way out of the driveway.  I had one of those days.  I had all sorts of ideas and ambitions flying though my mind like fireworks, but anytime I tried to act on them I froze.  I want my grief to subside.  Now.  But what would the purpose be if it did?  As painful and uncomfortable as grief can be, it is changing me for the better.  I know God has good plans in store for me and He will help me to continue the love, kindness and courage that Christian emulated during his 21 years on this earth.  I do have to heal first and as they say, time is the great healer.

Instead of focusing on everything that went wrong, which including feeling and acting like Oscar the Grouch, starting a blog post earlier today that just didn’t flow at all. not being able to stay awake for even 3 pages of a novel, I will close this day focusing on what went right.

The sun came up… 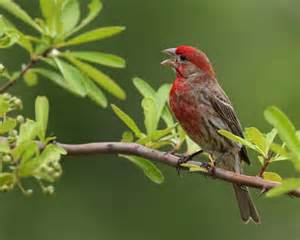 I was able to prepare a delicious, healthy meal for my family…

My son, despite his pain today, smiled…