Several years ago, my husband started playing Texas Hold ‘Em.  We played poker in the past but it was always Five Card Draw and we gambled with pinto beans or pennies.  He started watching the WSOP and playing small wager cash games.  He would come home and talk about some of the hands and most of it went over my head.

When poker was on television and I happened to be sitting on the couch with a book in front of me, I would occasionally look up to see who Dave was talking about.  In 2011 Pius Heinz was the WSOP Main Event winner.  I started paying attention to the players that year because I enjoyed seeing Ben Lamb stare at the other players in the hands.

Christian had no interest in poker whatsoever but for some reason, he liked the way Pius Heinz dressed.  One day, he even put on one of his hoodies and imitated him.  That is the closest Christian ever came to being interested in poker.  When Dave and Drew started talking about poker hands, Christian would always say “Mom, Dad and Drew are being boring again.” 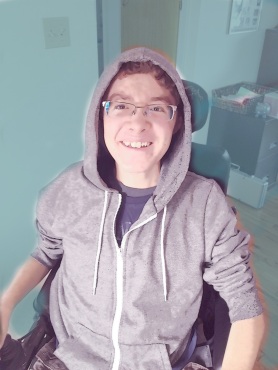 Dave has been fortunate enough to play in some of the smaller events during the WSOP.  Over the years, I have learned about several of the players.  When Dave told me he played a hand with Antonio Esfandiari I was very excited for him.  In 2016, Dave made it to day two of his event and had his picture taken with Fedor Holz.  I was thrilled for him, especially since I had watched Fedor play against Phil Helmuth on television recently.  I remember watching this because Phil was becoming aggravated and started repeating that he was “on a rampage.”  Fedor told Phil he reminded him of an angry Bob Ross.  If you are familiar with Phil Helmuth’s reputation of being a Poker Brat, you would find a lot of humor in it also.

As much as I have tried to distance myself from poker, I have been learning to play at home.  Since I am starting to understand the rules of Hold ‘Em and some of the strategies, I watched some of the Super High Roller Bowl, a $300,000 entry tournament, with Dave and enjoyed it.  Dave asked me if I was ready to play in one of the monthly tournaments he plays in, and I replied “No way.”  I do not understand the rules and strategies enough to feel comfortable playing in organized events.  I would rather start by playing in cash games with friends and family.

Dave dreams of playing in the WSOP Main Event one day and I really do hope it becomes true.  Even if it doesn’t, not many of us can say that we met Ray Romano while playing at a cash game at the Venetian or that we played hands with poker champions.  I will continue learning and hopefully one day I will play in a tournament of my own.

Mother of 2 great boys, full time caregiver, and wife. I enjoy reading, photography and music. View all posts by lhaney